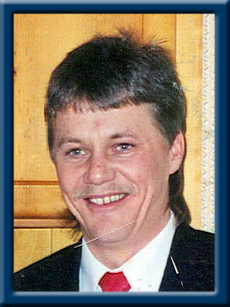 MUNROE – John Alan “Glen”, 52, of Liverpool, passed away suddenly at home on Monday, April 23, 2018
Born in Liverpool, he was a son of the late Leonard and Beverly (Freeman) Conrad.
Glen was a former paper maker with Bowater Mersey Paper Company Limited in Brooklyn.
Glen is survived by his sons Justin and Nick (Jill Peverill), both of Liverpool; his grandchildren Gabriel and Arianna; his sisters Vicki (Gerard) Lewis of Liverpool; Cheryl (Steve) Beaton of Brooklyn; Brenda of Italy cross; Lori (David) Drew of Halifax and Julie (Byron) Thorburne of Liverpool; his brothers Ricky (Becky) of Liverpool and Ronnie (Lisa) of Milton.
Glen was predeceased by his wife Annette (Gallant) and his brother Brian.
Cremation has taken place under the direction of Chandlers’ Funeral Home, Liverpool. At Glen’s request, there will be no funeral service.
www.chandlersfuneral.com

Offer Condolence for the family of Munroe; John Alan “Glen”