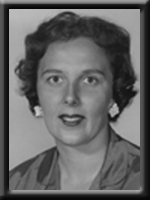 Mary was the older daughter of Henry and Ann Cleverdon of West Webbery,  Alverdiscott, Devon, England where she grew up. She was educated at Adelaide College and Cambridge University where she read history. Mary’s love of classical music resulted in her first job as transcriber to the Reginald King Quintet, a regular BBC broadcaster. In 1944 she met and married Robert L. Munhall, US army Ordnance, and in 1946, as a war bride, joined him on Long Island, NY. He predeceased her earlier this year. During her years in the US, she was very active in community affairs and served for many years as an officer and Life Member of the NY Sate Parent Teacher Association. Having grown up in a 16th century house, appreciating ancient British Architecture and antique furnishings, she opened her own antiques business on Long Island in 1962 and became a well known dealer at New England shows and a frequent lecturer. Another compelling part of Mary’s life was the rescue and care of homeless pets and for many years she actively worked with Northeast Connecticut Animal Rescue. In 1993, Mary and Bob immigrated to Canada choosing an 18th century Mill Village house as their home. This was fulfilling a long cherished dream of following in the footsteps of many of her 19th century ancestors who settled in Halifax and elsewhere in Canada. Her interest in antiques unabated, Mary became skilled in the restoration of Maritime hooked mats and a frequent appraiser at local Antiques Road Shows. An avid gardener, Mary made each home where she and Bob lived a show place and was a prize winning flower arranger.

She is survived by two sons: Robert and Michael and grandsons Trevor and Matthew all of the USA.

Predeceased besides her husband Bob, was her only sibling, Nancy Blackman and her beloved daughter in law Sally Williams Munhall.

Mary had a happy, full and colorful life and at her request there will be no service or mourning. For those wishing to do so, a donation in Mary’s name to the Queens County SPCA, P.O. Box 2012, Liverpool, NS B0T-1K0 would be deeply appreciated. Better yet, please consider the loving adoption in her memory of a homeless dog or cat from any animal rescue organization or shelter. Mary and her family would like to thank Dr. Sarah Cosh, Heather Cameron and the South Shore Palliative Care Service, the VON nurses, the home care workers of Queens Home Support and many friends and neighbours for all their care over the last several months. Online condolences may be made to www.chandlersfuneral.com. http://vimeo.com/34359006

Offer Condolence for the family of Munhall; Mary Kate