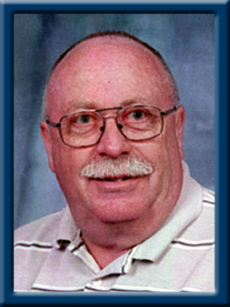 MOUZAR – Robert Gordon, 83, of Brooklyn, Queens County, passed away peacefully in Queens General Hospital, Liverpool on Monday, December 28, 2020 with family by his side.
Born in Liverpool, Bob was the only son of the late Frank and Myrtle (Norman) Mouzar.
Bob graduated from Maritime Forest Ranger School, Fredericton, NB in December 1958 and went on to work for Bowater Mersey Paper Company Limited for over 37 years. He retired in 1995 as Land Management Supervisor. Bob’s love of the outdoors was his passion at both work and play and many of his most cherished moments were spent at his cabin, private woodlot and throughout the woodlands of Nova Scotia. His greatest love was for his wife, Connie, who he devoted his life to for over 57 years. Together they travelled the world, but always found their greatest contentment in returning home to small town life with their most treasured family and friends.
Bob’s heart was huge, his soul so kind and his character was full of mischief. He was “Uncle Bob”, not only to his nieces, but to all the cousins, kids of friends and neighbors and to all the “grandchildren”, he became “Papa”. His greatest gifts were the love, care and attention he showed to everyone who was fortunate enough to be part of his life. His capacity for giving selflessly and unconditionally was endless and his generous and genuine nature touched the lives of many.
Bob is survived by his loving wife Connie (Hudson); his housemates and special family members (whom he considered to be just like his own children and grandchildren) Linda (Giffin), Ivan, Kailey and Jeremy Smith; His Aunt Myra Wiles, daughter-like nieces, Terri Giffin and Kathy Grezaud, “grandchildren”, many special cousins and valued in-laws and friends.
Besides his parents, Bob was predeceased by his sister Margaret Anne Giffin.
Cremation has taken place under the direction of Chandlers’ Funeral Home, Liverpool. A memorial service will be held Friday, January 1, 2021 at 11:00 a.m. in Chandlers’ Funeral Chapel, Liverpool. Burial will be in Zion United Cemetery, College Street, Liverpool. No flowers, donations may be made to Queens General Hospital Foundation. Online condolences may be made to www.chandlersfuneral.com All those planning to attend Bob’s service are reminded to bring a mask, provide contact tracing information to the funeral home and hand sanitize and practice social distancing wherever possible.

Offer Condolence for the family of Mouzar; Robert “Bob” Gordon