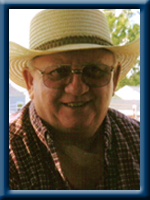 Born in Liverpool, he was a son of the late Leo and Elizabeth (Whynot) Mossman.

Sandy was a plumber for over thirty years working both locally and throughout the province, especially in Cape Breton.

He enjoyed woodworking and will always be remembered for having a smile even in his most difficult days.

He is survived by his wife of 46 years Beverly (Muise) his daughters Amanda (Kirk) Shupe of Charleston, Heidi of Halifax, his sons Scott (Paula) of Waverley and Danial of Liverpool. His grandchildren Madison Shupe, Ethan Mossman and Chloe Mossman. His sisters Virginia “Ginny” Leslie of Plant City, Fla. Marguerite Leslie of Port Hastings, Barbara (Bill) Scobey of Mersey Point, Norma Kennedy of Liverpool, Maureen Schnare of Hamilton, ON. His brother Earl (Sharon) of Liverpool.

Cremation has taken place under the direction of Chandlers’ Funeral Home, Liverpool. At Sandy’s request, there will be no funeral service. No flowers by request, donations may be made to the Alzheimer’s Society of Nova Scotia or to any charity. Online condolences  may be made to www.chandlersfuneral.com

Offer Condolence for the family of Mossman; Alexander “Sandy”