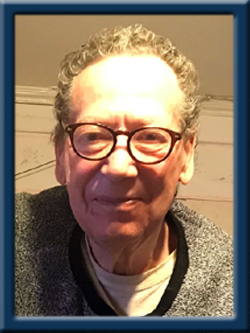 MORRISON – Carl E., 72, of Liverpool, Queens County, passed away on Sunday, November 15, 2020.
Born in Halifax, Carl was a son of the late Carl Gibson and Violet Morrison.
Carl was a fisherman for most of his working life. He enjoyed rabbit hunting.
Carl is survived by his half brother Michael Gibson of White Point. His niece Terra-Anne Gibson and his nephew Michael Gibson Jr. as well as a great niece and two great nephews.
Cremation has taken place under the direction of Chandlers’ Funeral Home, Liverpool. There is no funeral service. Online condolences may be made to www.chandlersfuneral.com

Offer Condolence for the family of Morrison; Carl Eugene