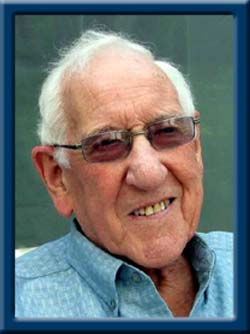 MINARD – Gordon M., 88, of Milton, Queens County passed away at home on Saturday, November 7, 2015.
Born in Milton, he was a son of the late Herbert and Florence (McKay) Minard.
Gordon spent his professional working career with Nova Scotia Lands and Forests, Milton Depot working throughout Queens County.
He is survived by his daughter Norma of Halifax; sons Herbert (Patricia Tench) of Enfield; Hugh (Karen) of Milton; grandchildren Matthew and Laura; His brother Cyril of Edmonton; sisters in law Martha (Stewart) Parker and Margaret (Hank) Greggain and many nieces and nephews.
He was predeceased by his wife Mary in 2004; his sister Ruth Moses and brother Willard.
Cremation has taken place under the direction of Chandlers’ Funeral Home, Liverpool. Funeral service will be held Thursday, November 12, 2015 at 2:30 p.m. in Chandlers’ Funeral Chapel, Liverpool. Reverend Russell Prime officiating. Reception to follow. Burial will take place in Milton Community Cemetery at a later time. No flowers by request, donations may be made to Queens General Hospital Foundation. Online condolences may be made to www.chandlersfuneral.com

Offer Condolence for the family of Minard; Gordon McKay