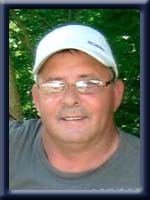 Born in Liverpool, he was a son of the late Virginia (Whynot) Miller and George Foster.

He is survived by his wife and companion of 28 years Joanne MacLeod. His son Christopher, his daughters Tiffany and Tasha (Dillon Conrad) and his granddaughter Isabella, his pride and joy. His foster mother Shirley Whynot, his stepmother Jessie Foster, his sisters Kelly (Richard) Young and Shelley (Shane) Goulden. Half-brothers Steven (Sonya) Foster and Larry (Gina) Foster as well as numerous uncles, aunts, nieces, nephews and cousins.

He was predeceased by his foster father Lawrence Whynot and his sister Vera “Honey”.

Cremation has taken place under the direction of Chandlers’ Funeral Home, Liverpool where funeral service will be Thursday, April 26th, 2012 at 2:00 p.m. Reverend Corey Pickens officiating. A reception will be held at the Milton Hall following the funeral. No flowers by request. Donations in Kevin’s memory may be made to the family for an an Education Fund for Tiffany. Online condolences may be made to www.chandlersfuneral.com

Offer Condolence for the family of Miller; Kevin George