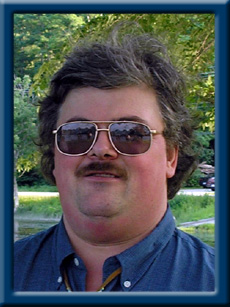 Metzger – Richard Samuel, 59, of Western Head, Queens County, passed away on Thursday, February 4, 2021, at home following a long fight with illness.
Born in Liverpool, Queens County, he was a son of the late Richard Raymond and Gloria “June” (Manthorne) Metzger.
Over the years Richard was employed at A1 Pizza in Liverpool, Harry Freeman and Sons Lumber Mill in Greenfield, HGS Call Center in Liverpool and Tim Horton’s, also in Liverpool. Richard was a member of the former local C.B. Club for many years. Before becoming ill, Richard enjoyed making models, walking on the beach and playing video games with his niece and nephew. He also loved cuddling with his dog “Sookie” and his wife (when Sookie would let him).
He is survived by his loving wife, Noelle (Lowe); son, Maury; sister, Sharon Slauenwhite of Liverpool.
He was predeceased by a brother, Philip.
Cremation has taken place under the direction of Chandlers’ Funeral Home, Liverpool. A private family service will be held at a later date. No flowers. Donations may be made to the charity of your choice. Online condolences may be made to www.chandlersfuneral.com

Offer Condolence for the family of Metzger; Richard Samuel