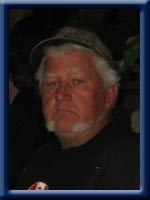 Born in Caledonia, he was a son of the late Mervin and Evangeline (Weare) Merry.

James worked on the homestead in his early years. He worked for a time with Department of Natural Resources , but spent most of his time working in the woods. He spent the last of his working days at Pettipas Enterprises. He enjoyed exhibitions and family get togethers, but first and foremost, spending time with his children and grandchildren.

Cremation has taken place under the direction of Chandlers’ Funeral Home, Liverpool. Funeral service will  be held  Wednesday, July 28th, 2010 at 2:00 p.m. in St. Paul’s United Church, Maitland Bridge. Pastor Tom Watson officiating. Burial will be in Maplewood Cemetery, Maitland Bridge. Family flowers only, donations may be made to the family or the Canadian Cancer  Society. Online condolences may be made to www.chandlersfuneral.com.

Offer Condolence for the family of Merry; James Maynard