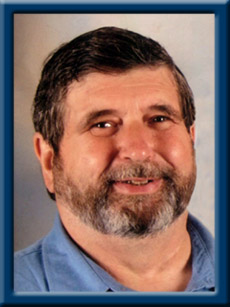 MEISNER – John Freeman; 69, of Brooklyn, Queens County, passed away in Queens General Hospital, Liverpool on August 7, 2020.
Born in Liverpool, John was a son of the late Albert and Ester (Wamboldt) Meisner.
John worked at Bowater Mersey Pulp and Paper for 33 years retiring due to health reasons in 2007. John loved fast cars in his younger days and was a member of the Street Cruisers Car Club until it folded. He liked hunting, fishing and especially camping where he and his family have made many wonderful friends. John was a Mr. Fix It to his family. He could usually find a way to make something work.
John is survived by his wife Gail (Johnson); daughter Hayley, of Brooklyn; son Brett (Hayley Kobbero) of Liverpool; grandsons Kaiden, Noah and Hunter of Brooklyn; sister Beverly (Ronald) Sabean of Port Lorne, Annapolis Co, mother in law Joan Johnson and brother in law Steven Johnson both of Brooklyn and many nieces and nephews.
He was predeceased by his brother David and father in law Gordon “Gardener” Johnson.
Cremation has taken place under the direction of Chandlers’ Funeral Home, Liverpool, N.S.
Funeral Service will be held at 11:00 a.m. Tuesday August 11, 2020 in Trinity Anglican Church, Liverpool. Reverend Cherry Workman officiating. Burial will take place in Trinity Anglican Cemetery, Bog Road, Liverpool. Family flowers only. In Lieu of flowers, memorial donations may be made to the Queens General Hospital Foundation; St. Andrew’s Anglican Church, Brooklyn or Queens County VON. Online condolences may be made to www.chandlersfuneral.com Please be mindful of social distancing and bring your own mask when attending this funeral.

Offer Condolence for the family of Meisner-John Freeman