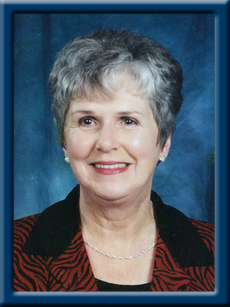 MCPHEE-POTTER; Drusilla C., 77, of Halifax, formerly of Liverpool, passed away peacefully in Drummond Hall, Halifax on Saturday, February 18, 2017.
Born in Sydney Mines, Cape Breton, she was a daughter of the late William and Margaret (Ferguson) Ferguson.
Dru was a former owner-operator of the Liverpool IGA Store along with her husband Eldon for many years retiring in 1991 to devote her full attention to being a grandmother. She was an active member of the Liverpool United Baptist Church serving in various positions within the church before moving to Halifax. She was also a member of the “Christmas Girls Club” which met every Wednesday evening. She and her husband Eldon travelled extensively throughout the world and, in her later years, Dru travelled many times to BC to be with her grandchildren. Dru will be fondly remembered for her love of her family and her love of Cape Breton which remained “home” in her heart.
She is survived by her daughter Michele “Shelly” (Jeff) West of Fall River, her grandchildren Morganne, Kelsey and Gregory and her brother William (Betty) Ferguson of North Sydney.
Dru was predeceased by her first husband Eldon McPhee, her second husband William Potter, her sisters Christine McNeil, Peggy McLeod, June Evans, Anna Lewis and her brothers Rod, George, Gordon, Donald and Bruce.
Visitation will be Tuesday, February 21, 2017 from 7 until 9 p.m. in Chandlers’ Funeral Home, Liverpool. Funeral service will be held Wednesday, February 22, 2017 at 11:00 a.m. in the Liverpool United Baptist Church. Reverend Richard Bristo officiating. Reception to follow in the church hall. Burial will be in the Liverpool United Baptist Cemetery. Family flowers only, donations may be made to the Alzheimer’s Society of Nova Scotia or to a charity of your choice. Online condolences may be made to www.chandlersfuneral.com

Offer Condolence for the family of McPhee-Potter; Drusilla Carolyn