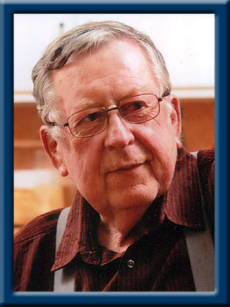 McKnight, James William “Bill”, 73, of Milton, passed away on Friday, January 20, 2017 surrounded by his loving family.
Bill was born in Milton to Archibald and Alma (Turner) McKnight on March 21, 1943. He earned his electrical technician’s trade with the Royal Canadian Air Force and later worked with Nova Scotia Power until he retired. He was a 50-year member of Prince of Wales Masonic Lodge, A.F.&A.M., Milton.
Bill enjoyed the outdoors and especially loved canoeing, camping, harvesting wood, snow plowing, and spending time with his grandson Jax. He was an avid amateur “ham” radio operator (VE1WMC) and enjoyed chatting with friends all over the world.
He is survived by his wife of 42 years, Carol Lee (Uhlman), his sons Troy (Wendy) of Surrey B.C., James (Mai-Ling) of Hubbards, daughter Julie (Aaron) of Halifax, grandson Jax, sisters Rose (Joseph) Starzomski of East River and Mary Ann (Dale) Woodroffe of Canmore, AB.
He was predeceased by his brother Harold.
Cremation has taken place under the direction of Chandlers’ Funeral Home, Liverpool, where a masonic memorial service will be held directly followed by a funeral service on Tuesday, January 24, 2017 starting at 2:00 p.m. with Reverend Judy Cross officiating. Reception to follow. Burial will be in Milton Community Cemetery. Family flowers only, memorial contributions may be made to the MS Society of Canada or an environmental charity of choice. Online condolences may be made to www.chandlersfuneral.com

Offer Condolence for the family of McKnight; James William “Bill”