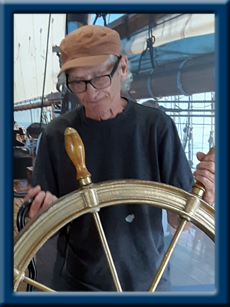 MCGRAA – Gerard, 75, of Liverpool. Queens County, passed away peacefully in Queens General Hospital, Liverpool on November 7, 2019.
Born in Glasgow, Scotland, Gerard was a son of the late John and Annie (McCarrol) McGraa.
Gerard was a former aircraft mechanic with the Royal Air Force.
Loving father of his daughter Anne Marie McGraa (Russ) of Bowmanville, ON; his sons Gerard of Liverpool; John (Jan) of Nappanee, ON and Peter (Susan) of Abbottsford, BC. as well as a number of grandchildren and great grandchildren.
Besides his parents, Gerard was predeceased by his sister Marie Martin and his brothers John and George.
Cremation has taken place under the direction of Chandlers’ Funeral Home, Liverpool. At Gerard’s request, there will be no funeral service at this time. In lieu of flowers donations may be made to the Diabetes Association of Nova Scotia. Online condolences may be made to www.chandlersfuneral.com

Offer Condolence for the family of McGraa; Gerard