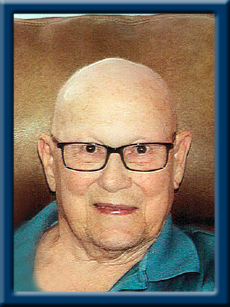 McDOUGALL – Reginald Mervin, 84, of Liverpool, passed away peacefully in Queens General Hospital on January 1, 2018.
Born in Dartmouth on February 6, 1933, Reg was a son of the late Francis “Frank” and Thelma (Hilton) McDougall.
Reg worked as a purchasing agent for many years at Steel and Engine Products Limited (STENPRO) in Liverpool. He was an avid golfer and a member of the Liverpool Golf and Country Club having won many trophies and a life member of the Liverpool Lions Club. Reg will be sadly missed by family and friends.
He is survived by his wife Gyneth (Best); his daughters Shawna McDougall of Fort St. John, BC; Sandra (Peter) Whynot) of Milton and his son Shane (Cathy Parnell) of Liverpool. His grandsons Damian Whynot and Evan Feener and his great grandchildren Sydney, Shea and Kale Feener. His brother Kenneth of Halifax.
Besides his parents, Reg was predeceased by his sisters Frances Grantham, Margaret Gandier and Katherine McDougall.
Cremation has taken place under the direction of Chandlers’ Funeral Home, Liverpool. At Reg’s request, there will be no funeral service. A private family gathering will take place at a later date. Online condolences may be made to www.chandlersfuneral.com. Reg’s family wishes to thank Dr. Blackadar for his care and compassion.

Offer Condolence for the family of McDougall; Reginald Mervin