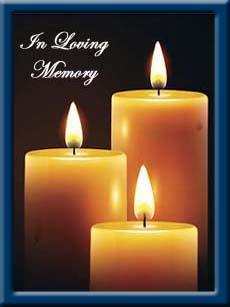 McCoombs – Larry Bert, 63, of Milton, Queens County passed away peacefully on Tuesday, December 12, 2017 in Queens General Hospital, Liverpool.
Born in Liverpool on April 23, 1954, Larry was a son of the late Eugene and Shirley (Metzger) McCoombs.
Larry worked for the former Bowater Mersey Paper Company Limited for over 30 years as a millwright. He enjoyed hunting and fishing for salmon, but especially working in his garage.
He is survived by his wife of 41 years Christine (Whynot); his daughter Amanda of Liverpool, his brothers Michael (Brenda) of Mount Denson and Timothy (Dianna) of Leduc, AB.
Besides his parents, Larry was predeceased by his brother Blair.
Cremation has taken place under the direction of Chandlers’ Funeral Home, Liverpool. A graveside memorial service will be held at a later date in Milton Community Cemetery. No flowers by request, donations may be made to the Canadian Cancer Society. Online condolences may be made to www.chandlersfuneral.com

Offer Condolence for the family of McCoombs; Larry Bert