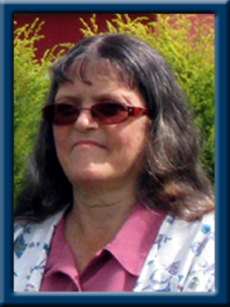 McCoombs – Christine Ann, 61, of Milton, Queens County passed away peacefully in Queens General Hospital, Liverpool on Wednesday March 13th, 2019.
Born in Liverpool, she was a daughter of Hazel (Wolfe) Whynot of Milton and the late Mervin Whynot.
Christine enjoyed drawing, sketching, horses and spending time at her cabin in her early years as well as with her family.
Surviving besides her mother are her daughter Amanda of Liverpool; her sisters Maxine ( Billy) Joudrey of Milton, Janet Andrews ( Terry Himmelman) of Liverpool; her brother Phillip of Milton.
Besides her father, Christine was predeceased by her loving husband of 42 years, Larry.
Cremation has taken place under the direction of Chandlers Funeral Home, Liverpool. A private family graveside memorial service will be held later this spring in Milton Community Cemetery. No flowers by request. Donations may be made to Penny Lane Enterprises, Milton or to Special Olympics. On line condolences may be made to www.chandlersfuneral.com.

Offer Condolence for the family of McCoombs; Christine Ann