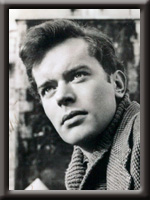 Paul Massie, at 78 years of age, died peacefully at Queens General Hospital in Liverpool, NS on June 8th, 2011, after being increasingly ill in his beloved home on Eagle Head Point for some months. He was much loved by his family and friends, two of whom were with him when he died.
He was born Arthur Dickinson Masse in 1932 in St. Catharine’s, Ontario, the son of Rev. Emile Masse and Helen Masse (nee Dickinson). His older brother Godfrey Masse “Bud” of Ottawa, Ont. predeceased him, but he is survived by his three sisters: Frances (Mrs. Ruben Nikkel), Jacqueline (the wife of Dr. David Gray), all of Ottawa, Ont. and Dorothy Poole of Milton, NS, who has been of great assistance during his illness. He also leaves several nieces and nephews in Ottawa. In the last year his niece Nan with her two beautiful daughters, and only weeks ago his nephew Ted and his wife Tanya with their four wonderful young children, have visited with him.
After studying at McMaster University in Hamilton, Ontario he attended the Central School of Drama in London. He remained in England after drama school and had a successful acting career in television, film and on the stage, winning a British Academy Award for his role in “Orders to Kill”, directed by his friend Anthony Asquith. He acted in the United States and at the Royal Shakespearian Festival in Stratford, Ontario. Following his appointment as guest lecturer at the University of South Florida, he became first an Associate, and then full Professor of Theatre there for some twenty years, during which he continued to act on stage and to direct. He was made Professor Emeritus and retired to Eagle Head, Nova Scotia where he worked at his writing with great zeal. During his retirement he enjoyed a social life among many good friends, both locally and electronically, and he contributed both enjoyment and usefulness to many people.
There will be a gathering at his home on June 19th at 2:00 p.m. to celebrate his life. Cremation has taken place under the direction of Chandlers’ Funeral Service. Online condolences may be made to www.chandlersfuneral.com.

Offer Condolence for the family of Massie; Paul Arthur