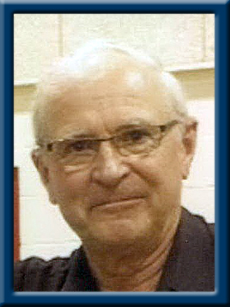 MARTIN – Frank William “Bill” 75, of Sable River, Shelburne County, passed away peacefully in Queens General Hospital, Liverpool on Saturday, July 28, 2018 surrounded by his loving family.
Born in Caledonia, Queens County, Bill was a son of the late Gilford and Edith (Burhoe) Martin.
Bill was a heavy equipment operator and did maintenance for Harlow’s Construction for 46 years. In his spare time, Bill performed in his own band called “Bill Martin and Old Country”. He enjoyed music shows and car shows and rebuilt an MG. He loved to do yardwork as well. Bill enjoyed the holidays spending time with his family and, according to his grandchildren …“sliced a great turkey..” In his younger years, Bill loved to go snowmobiling, hunting, fishing and dancing.
He is survived by his wife of 55 years, Lydia (Heim); his sons Maurice (June) of West Middle Sable and Lloyd (Donna) of Hunt’s Point. His grandchildren Jeremy, Jared, Linden, Quinten and Wesley. His brother Howard (Janet) of Caledonia.
Besides his parents, Bill was predeceased by his brother John.
Cremation has taken place under the direction of Chandlers’ Funeral Home, Liverpool. Funeral service will be held Wednesday, August 1, 2018 at 2:00 p.m. in Chandlers’ Funeral Chapel, Liverpool. Lay Minister Peter Anthony officiating. Reception to follow. No flowers by request, donations may be made to Mersey Branch #38, Royal Canadian Legion, Liverpool or a charity of your choice. Online condolences may be made to www.chandlersfuneral.com

Offer Condolence for the family of Martin; Frank William “Bill”