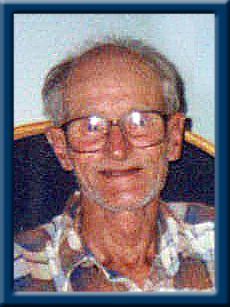 MARTIN – Donald S., 82 of Western Head, Queens Co; passed away at home on Saturday July 14, 2018.
Born in Liverpool,, he was a son of the late Harold and Emma (Bell) Martin.
Donald worked for twenty years at the fish plant . He enjoyed landscaping and crafting jewelry, making knives and doing leather work.
He is survived by his wife Cynthia Cunningham, his daughters Donna and Ruby, both of Liverpool and his sons Joseph, Matthew and William-Thomas, all of Western Head. 4 grandchildren and 2 great grandchildren His bothers Warren and Wayne, both of Ontario.
Donald was predeceased by his son Andy and his sister Rose Marie Hazlett.
Arrangements are under the direction of Chandlers’ Funeral Home, Liverpool. A private family graveside service will be held at a later date. No flowers by request. Donations gratefully accepted to help with funeral expenses. Online condolences may be made to www.chandlersfuneral.com.

Offer Condolence for the family of Martin; Donald Stephen