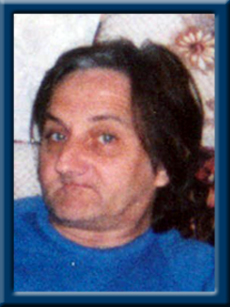 MANTHORNE – Thomas W., 67, of Milton, Queens County, passed away suddenly in Queens General Hospital, Liverpool on Sunday, May 30, 2021.
Born in Halifax, Tommy was a son of Ada (Oickle) Manthorne of Milton and the late Gilbert Manthorne.
Tommy graduated from vocational school in Bridgewater and worked at various places throughout his life. He enjoyed going fishing and “mudding” with his brother Danny and his nephew Nicholas.
Surviving besides his mother are his son Adam (Tracy Millen) of Kelowna, BC; his sisters Paula (Elwood) Whynot of Milton, Brenda of Bridgewater; his brother Danny (Bernadette) of Milton; his step brothers Donald of Milton, Gilbert (Carol) of Halifax and David of BC. His nephew Nicholas of Milton.
A private family graveside service will be held at a later date in Milton Community Cemetery. Reverend Judy Cross officiating. No flowers, donations may be made to S.H.A.I.D.. Online condolences may be made to www.chandlersfuneral.com.

Offer Condolence for the family of Manthorne; Thomas “Tommy” William