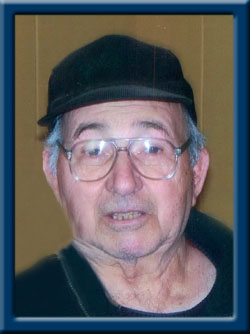 MANTHORNE – Carl Atwood, 84, of Mill Village, Queens County, passed away peacefully on February 13, 2016 in Queens General Hospital, Liverpool.
Born in Mill Village, he was a son of the late Farish and Adelaide (White) Manthorne.
Carl worked as a miner for INCO in Sudbury for over 38 years until his retirement.
Carl is survived by his daughter Darlene Whitfield; his grandchildren Jason, Dana, and Stacey; his sister Bernice Dorey of Liverpool as well as several nieces and nephews.
Carl was predeceased by his wife Vera (Brandon), his daughter Sandra and his brother Milford.
Cremation has taken place under the direction of Chandlers’ Funeral Home, Liverpool. A graveside committal service for both Carl and Vera will be held Wednesday, September 21, 2016 at 11:00 a.m. in Mill Village Community Cemetery. Family flowers only, donations may be made to any charity. Online condolences may be made to www.chandlersfuneral.com

Offer Condolence for the family of Manthorne; Carl Atwood