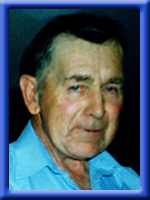 Born in Caledonia, he was a son of the late Leroy Sr. and Ruby (Frail) Mansfield.

Leroy was a machine operator employed with N.F. Douglas Lumber. He enjoyed hunting and fishing and loved his family especially his grandkids. He was known by his family as the “biggest Boston Bruins fan”.

Cremation has taken place under the direction of Chandlers’ Funeral Home, Liverpool. Funeral service will be Thursday, March 11, 2010 at 2:00 p.m. in Caledonia United Baptist Church. Reverend John Boddy officiating. Burial will be in Harmony Cemetery. Family flowers only, donations may be made to any charity. Online condolences may be made to www.chandlersfuneral.com.

Offer Condolence for the family of Mansfield; LeRoy Elder