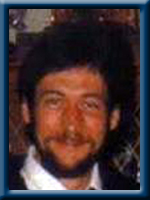 MANSFIELD – David B., 57, of Milton, Queens County, passed away suddenly in Greenfield on Friday, April 24, 2015.
Born in Liverpool, he was a son of the late George and Olive (Acker) Mansfield.
David was a diesel mechanic for Mersey Seafoods, Liverpool for over ten years. In his spare time, he enjoyed the outdoors; hunting, fishing and camping.
He is survived by his daughters Angela (Marc) Belliveau of Bridgewater, Carrie Mansfield of Milton, grandchildren Ty and Tegan Belliveau and Kyla vander Zwaag. Sisters Deborah (Ronald) Uhlman of North Brookfield and Yvonne Mansfield (Darrill Whynot) of West Caledonia.
He was predeceased by his brother Paul.
Cremation has taken place under the direction of Chandlers’ Funeral Home, Liverpool. A private family graveside service will be held at a later date. No flowers by request, donations may be made to any charity. Online condolences may be made to www.chandlersfuneral.com

Offer Condolence for the family of Mansfield; David Brian