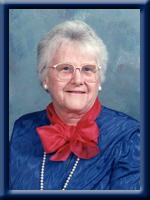 It is with deep regret that we announce the passing of Norma Mildred (MacLellan) Manning at the North Queens Nursing Home.  Prior to moving to Caledonia, she was a resident of  Liverpool and Summerville Centre.  She was born in Newton Highlands, Mass, on August 15, 1921, she was the daughter of the late Frank and Gretchen Edwards.  She was predeceased by her first husband, Donald MacLellan, New Glasgow, her second husband Walter Manning, Summerville Centre and daughter Carol Porter Davidson. She is survived by her brother, Ralph Edwards, Hopkinton, Mass., her daughter Gretchen Lohnes and husband,  Richard, Chester; son Carl MacLellan and wife, Doris, Bridgewater and Qatar, and daughter Janet, Mission BC;  grandchildren Gregory and Lesley Streatch, Ryan, Steven and Kristen MacLellan, Kathy and Robby Porter.  She is also survived by stepchildren Mary and her children Kendall, Allison and John of Shelburne, and David Manning and his children Neil and Sarah, Milford.  She is also survived by seven great grandchildren and as well as many nieces and nephews.

Norma was a graduate, in Home Economics, of Acadia University.  She taught in Liverpool and New Glasgow.  She believed that volunteering was a total pleasure as it brought one into contact with people of all ages and stages in life from whom one could listen and learn, and sometimes teach.  She was very active in volunteer work with the Balmoral Pipe Band, Boy Scouts, and Brownies.  She taught Sunday School and C.G.I.T. at the First Presbyterian Church, Stellarton and was a member of the Missionary Society and Church Guild. She helped establish the New Life Chapter #67 and held the position of President for three years during which time the group established the Pictou County Day Care Centre at Lourdes.  This was the first subsidized Day Care in Nova Scotia and the chapter received international recognition for this project.  She was Secretary/Treasurer of the Pictou County Council of Senior Citizens which established the Senior’s Help Line and was its first co-ordinator.

Visitation will be held Monday, August 30th, 2010, from 11:00 a.m. – 1:00 p.m., at Chandlers’ Funeral Home, Liverpool. Visitation will also be held Tuesday August 31st, 2010, from 10:00 – 11:00 a.m., followed by a Funeral Service at 11:00 a.m., both from the H.C. MacQuarrie Funeral Home, Stellarton. Reverend Charles McPherson officiating. Burial will be in Heatherdale Memorial Gardens, Westville. Family flowers only. Donations may be made to North Queens Nursing Home, Caledonia, Queens County. Online condolences may be made at www.chandlersfuneral.com

Offer Condolence for the family of Manning (MacLellan); Norma Mildred