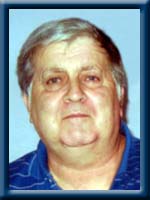 MacQUARRIE; Gregory B., 61, of North Brookfield, Queens County passed away peacefully in his sleep on Monday, February 25th, 2013.

Born in Caledonia, Queens County, he was a son of  Mary (Baker) MacQuarrie of Caledonia and the late Kendall MacQuarrie.

Greg started working at various jobs as a teenager. He picked tobacco, worked at Graves, Michelin, CN, in the woods with Alva Weare and Department of Transport until his retirement. In his younger years, Greg enjoyed fishing, hunting and trapping. Greg had a dream of owning a Harley which was realized. He owned a couple of Harleys for awhile, enjoyed them, then sold them. Greg was a homebody, but managed to visit his daughters and their families in BC for a few days. Another dream realized. While Greg never did learn to play a bass guitar, he still enjoyed listening to rock and roll music, especially Jimmy Hendrix. Greg had a dry sense of humor and always enjoyed a good joke. His family loved his hearty laugh. Greg wasn’t much of a gardener but had endless patience for planting cucumbers and tomatoes. The highlight of Greg’s week was talking to his children on the phone and seeing Dryden and Elijah via Skype. For the last eighteen years, Greg bravely coped with depression and other health issues. The rare days of good health and feeling well were a gift.

He is survived by his wife Anita (Judge); his daughters Rebecca “Beck” (Carlos “Ringo”)  Taylhardat of Vancouver, BC; Megan “Meg” (Chris) Plummer of Burnaby, BC; his son Brennan of Bridgewater. His grandchildren Dryden and Elijah. His sisters Wanda (Byron) Frail of Westfield and Cherie (Harold) Freeman of Caledonia. His brothers Douglas (Clara Dugas) of Pleasantville and Timothy (Sharon) of Chester.

He was predeceased by his infant son Benjamin.

Cremation has taken place under the direction of Chandlers’ Funeral  Home, Liverpool, where a funeral service will be held Sunday, March 3rd, 2013 at 1:00 p.m. No flowers by request, donations may be made as an act of kindness to anyone in need, in Greg’s memory. Online condolences may be made to www.chandlersfuneral.com

Offer Condolence for the family of MacQuarrie; Gregory Blair