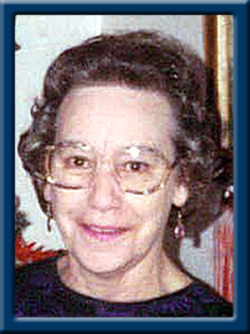 MACNUTT – Kathryn Rose, 83, of Milton, Queens County, passed away peacefully on Friday, June 3, 2016 in Queens Manor, Liverpool.
Born in Milton, she was a daughter of the late Muriel Berriman.
Kathryn was a people person who, as a waitress for the former Stedman’s Store in Liverpool and the Sportsman Restaurant in Milton, made many friends throughout her twenty year working career. She loved to play bingo, Pepsi, lady bugs and animals, especially her cat, but will be fondly remembered as a loving mother and grandmother who enjoyed spending time with her family, especially her grandchildren.
She is survived by her daughters Beatrice Whynot of Liverpool; Rhonda Blakeney of Moncton, NB; Belinda (Stephen) Gurnham of Halifax and her son Brian (Karen Talbot) of Charleston. 6 grandchildren and 15 great grandchildren. Her sisters Ellen (Albert) Brewster of Brooklyn; Gloria (Donald) Smith of Sydney Mines; her brothers Maurice (Glenda) Cunningham of Milton and Eugene Cunningham.
She was predeceased by her husband Ronald and her sisters Irene Saunders and Edith Lloyd.
Visitation will be Sunday, June 5th, 2016 from 7 until 9 p.m. in Chandlers’ Funeral Home, Liverpool. Funeral service will be Monday, June 6, 2016 at 11:00 a.m. in Chandlers’ Funeral Chapel, Liverpool, NS. Reception to follow the service. Burial will take place in Zion United Cemetery, Payzant Street, Liverpool at a later date following cremation. Family flowers only, donations may be made to a charity of your choice. Online condolences may be made to www.chandlersfuneral.com

Offer Condolence for the family of MacNutt; Kathryn Rose