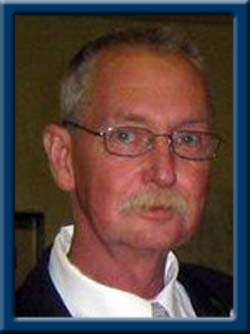 MacNEIL – Bertram Joseph, 63, of Liverpool, passed away peacefully in Queens General Hospital, Liverpool on Sunday, November 8, 2015.
Born in Liverpool, he was a son of the late Bertram J. and Pearl (Dexter) MacNeil.
Bert will be fondly remembered for his love of life. He lived life his way. He was a volunteer fire fighter for 14 years and a member of the Queens Ground Search and Rescue for 13 years. Bert was a machinist by trade. Over the years, he worked at STENPRO, Nova Scotia Power and Bowaters. Later in life, he was able to fulfill a life long dream. He travelled across Canada working as a machinist in ON., AB., BC., ending his career in Thompson, MN with Mutschel Bros.
In his younger years, Bert enjoyed hunting and fishing and times spent at the Garden Road with the “crew”, camp fires and fun times with family and friends. His guitar playing of “House of the Rising Sun”, will always be a fond memory. After returning to Nova Scotia, he loved watching his grandchildren grow and Sunday suppers with his family. Bert was always up for a good chat and a cheers with the boys on Friday afternoon at “the Alley”. He was also an avid NASCAR fan.
He is survived by his loving daughters Erin (Matthew) MacNeil-Fisher of Milton; Amber (Tony) Roy of Brooklyn; his precious grandchildren Tyrone, Torian, Tyreese, Rayea and Alexis; his sister/niece Michele (Darrel) Richards of Liverpool; his brother William “Bill” (Anne) of Bridgewater. And his last true love Mary Ann Wolfe of Ontario.
He was predeceased by his sister Karen and brother David.
Cremation has taken place under the direction of Chandlers’ Funeral Home, Liverpool. Funeral service will be Friday, November 13, 2015 at 11:00 a.m. in Chandlers’ Funeral Chapel, Liverpool. Reception to follow. Burial will be in Zion United Cemetery, Payzant Street, Liverpool. Family flowers only, donations may be made to IWK-Grace Hospital, Halifax. Special thanks to Dr. Cosh and the staff of Queens General Hospital. Online condolences may be made to www.chandlersfuneral.com. “When I hit the road, I never looked back except for holidays; my heart was always here.”

Offer Condolence for the family of MacNeil; Bertram Joseph