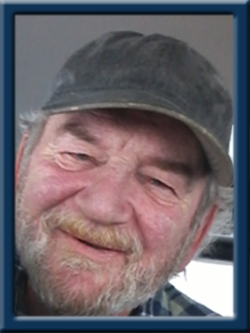 MacLeod – Wayne Arthur, age 66, of Liverpool, Queens County, passed away peacefully on Sunday, April 14th, 2019 at Queens General Hospital, Liverpool.
Born in Liverpool, he was one of twelve children of the late Clarence and Shirley (Whynot) MacLeod.
Wayne worked a variety of jobs throughout his life including picking tobacco in Ontario, working at the fish plant, bar tending at the Liverpool Legion and for many years with the Region of Queen Municipality. He loved 1970’s music, such as Chicago and Creed, and sports. He lived for football, hockey and baseball and played hockey and baseball as a catcher for many years in and around Liverpool. He still lived up to his nick name “Boomer” and sent many a ball flying over the fence.
Wayne is survived by daughters, Megan MacLeod (Jesse James), Atlantica Leonhart, both of Halifax; sons; David (Tracy Crawford), of Dartmouth, Nicholas (Sandra Langille), of Liverpool, Matthew (Brianna Sarah Willey), Dustin (Terri Lee Wentzell), both of Calgary, Cody (Brittanie Weeks), of Cole Harbour; nine grandchildren; sisters Pamela MacLeod (Michael Huphman) of Mersey Point, Patricia (Charlie) of Halifax, Linda (Dennis) Jollimore of Annapolis Valley, Lillian (Vincent) Lowe of Milton, Karen MacLeod of Liverpool; brothers, Michael of Halifax and Morris (Virginia) of Western Head.
Wayne was the predeceased by the love of his life, his wife, Deborah Star Anthony MacLeod; sister Sharon; brothers, Thomas, Christopher and Paul.
Cremation has taken place under the direction of Chandlers’ Funeral Home, Liverpool. A private family service will be held at a later date. Donations may be made to a charity of your choice. Online condolences may be made to www.chandlersfuneral.com

Offer Condolence for the family of MacLeod; Wayne Arthur