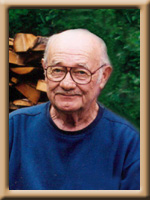 Born in Liverpool, he was a son of the late Perry and Addie (Crouse) MacLeod.

King was employed for many years by the Department of Lands and Forrest as a firefighter, parks and recreation construction worker and park maintenance worker, where he worked up until his retirement. He enjoyed hunting and fishing and spending time with his friends at his camp in Beech Hill. He was avid CB radio operator and was well known to the CB community by his handle of Mr. MacLeod.

Cremation has taken place under the direction of Chandlers’ Funeral Home, Liverpool. A Celebration of Kingsford’s life will be held Tuesday, May 24th, 2011, at 11.00 a.m., from Chandlers’ Funeral Home, Liverpool. Reverend Judy Cross officiating. Family flowers only, donations may be made to the IWK / Grace Hospital in memory of Kings grandson Ashley. Online condolences to the family may be made at www.chandlersfuneral.com

Offer Condolence for the family of MacLeod; Kingsford Beverly