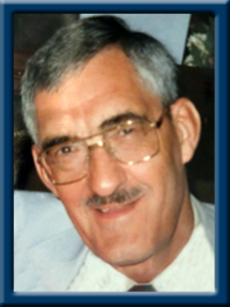 Leslie “Les” Parker MacKinnon
1937-2020
Leslie MacKinnon was born in 1937 in Smelt Brook, Cape Breton, the son of Jimmy and Mary (Briand) MacKinnon.
Les became sick while on a Caribbean cruise vacation with his wife, Anna. He was admitted to the Dartmouth General Hospital on April 2nd, and passed away there from an undiagnosed illness, on April 29th, 2020.
Les was a worker and a talker. He loved to talk about his work and life experiences: working with the U.S. Air Force on the base in Stephenville, Nfld. in the 1950’s; surveying and excavating during the Louisburg reconstruction in the early 1960’s; planning and opening up Kejimkujik National Park as the first employee of the Park in the mid 1960’s; building fishways and wharfs all over the Maritimes with Fisheries and Oceans in the 1970’s and 80’s; managing laboratory buildings for DFO in the 1990’s until his retirement in 1994. Because of his work experiences, Les was a walking road map for places in the Maritimes. There was no place, no matter how small, where Les had not worked, knew people who lived there and could describe what road to take to find it. Les was an aggressive social butterfly: within minutes of entering a room full of people, he would find someone with whom he had worked, or a relative (however distant) that he knew.
Les loved the physical effort of yard work, taking great pride in keeping the lawns mowed, the firewood stacked precisely and the driveway plowed. He was a fixer as nothing delighted him more than to have something break so that he could take it apart, see what was dysfunctional, order a replacement part on the Internet and, hopefully, put it all back together. One of his favorite expressions was “Don’t throw that out, I may be able to use it for parts”.
A love of Celtic music was his mainstay. He loved fiddle music, with Ashley MacIsaac and Buddy MacMaster being two of his favorites. He would drive to Cape Breton in a snowstorm (and did it often) to hear Ashley play at the Doryman.
He was the Dance chair for the Cape Breton Charitable Association of Halifax, a position he held with pride and determination, keeping the monthly dances vibrant for twenty years.
Les was committed to his community, serving on the Service Commission before Cole Harbour’s amalgamation with Halifax Regional Municipality. He was also a Past President of the Cole Harbour Kiwanis Club.
Les is survived by his wife, Anna Fiander, Cole Harbour; daughters Charlene (Chris) Lloy, Edmonton AB; and Linda (Stephen) MacBurnie, Debert NS; grandchildren Justin (Vanessa) Lloy, Grande Prairie AB and Janna (Sean) Avery, Fort Saskatchewan AB; great-grandchildren Ainsley, Sawyer, Calvin and Parker; brothers Ralph (Lucy), Ottawa, Kevin (Selma), Lower Sackville, Wayne (Doreen), Pleasant Bay, and Gary, Smelt Brook; sisters Marcella (Gelas) Poirier, Cheticamp and Thelma (Jerry) Roberge, Quispamsis; sister-in-law Dollena, Fall River; several nephews and nieces.
He was predeceased by his parents, his sister Shirley (late Donnie) and his brother Freeman.
Cremation has taken place. A Celebration of Life with a Ceilidh in his honour will be held on Wednesday, August 10, 2022 at 11:00 a.m. in Chandlers’ Funeral Chapel, Liverpool, NS. Reverend Judy Cross officiating. Reception to follow. Burial will be in Laurel Hill Cemetery, Riverhead Road, Port Mouton, NS. Family flowers only, donations may be made to Hope for Wildlife (5909 NS-207, Head of Chezzetcook, NS B0J 1N0) or Feed Nova Scotia.

Offer Condolence for the family of MacKinnon; Leslie “Les” Parker