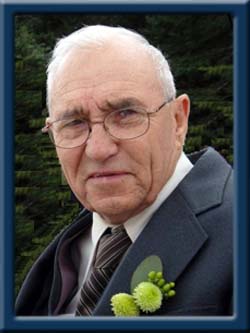 Born in Lockeport, Nova Scotia, Murray was a son of the late Murray and Ada (Young) MacKenzie.

Murray was employed for many years with Mersey Seafoods as Sea Captain of the Verna & Gean, which he later built as a scale model and it is presently on display at the Fisheries Museum of the Atlantic, in Lunenburg. He was a jack of all trades and a master of many, there wasn’t much that Murray couldn’t build or fix. He was a former member of the Queens County Ground Search and Rescue for many years, where he enjoyed mentoring and training the younger members. Murray was a master story teller and he had a great sense of humor. He enjoyed playing darts, hunting, fishing and camping at Keji. Above all else, Murray was most passionate about his family and spending time with them. He also enjoyed spending time with his special friend, Sandra Cardinell.

Visitation will be held on Wednesday, July 31st, 2019, from 7:00 – 9:00 p.m., at Chandlers’ Funeral Home, Liverpool. A Funeral Service will be held on Thursday, August 1st, 2019, at 11:00 a.m., from Trinity Anglican Church, Liverpool. Reverend Judy Cross officiating. Family flowers only, donations may be made to Queens General Hospital Foundation  or to Queens Manor. To share memories or condolences, please visit www.chandlersfuneral.com

Offer Condolence for the family of MacKenzie; Murray Ross