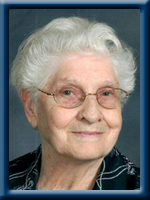 MacInnis; Shirley June, 88, of Westfield, Queens County, passed away peacefully in Queens General Hospital, Liverpool on Friday, November 8, 2019.
Born in Thurlow Township, ON, Shirley was a daughter of the late George and Annie (Wease) Noyes.
Shirley worked for the Bata Shoe company in Ontario where she also sold Avon. She was a former nurse’s aide at North Queens Nursing Home, Caledonia. She enjoyed the outdoors; working alongside her late husband John Colin Sr.; hunting, fishing and travelling. Shirley loved hummingbirds and her cat “Missy”. She enjoyed having company especially her grandchildren and great grandchildren. Shirley was the last surviving member of her immediate family; the youngest of twelve children.
She is survived by her daughter Elizabeth of Kempt; her sons Duncan (Sandra) of Langley, BC, Leith Andrew (Shirlee) of Sherwood Park, AB and John Colin Jr. (Sharon) of Bridgewater. Eight grandchildren and sixteen great grandchildren
Shirley was predeceased by her husband John Colin Sr., her sisters Edgewood, Alma, Marion and Olive and her brothers Brae, Carm, Norm, George, Robert, Charlie and Harvey.
Visitation will be Monday, November 11, 2019 from 7 until 9 p.m. in Chandlers’ Funeral Home, Liverpool. A private family graveside service will be held at a later date. A gathering of family and friends will be held at the Westfield Community Hall on Tuesday, November 12, 2019 at 2:00 p.m. In lieu of flowers, donations may be made to Victorian Order of Nurses, Queens County Branch, North Queens Fire Association or to the Red Cross. Online condolences may be made to www.chandlersfuneral.com.
Shirley’s family wish to thank the Queens Home Support workers and the medical staff at Queens General Hospital for all their compassionate care.

Offer Condolence for the family of MacInnis; Shirley June