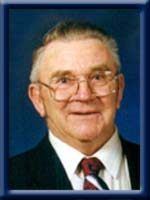 Born in East Port l’Herbert, Queens County, he was a son of the late Douglas P. and Edith (Anthony) MacDonald.

Sherwood was a fisherman over 40 years retiring due to ill health. He became a night watchman for Mersey Seafoods in Liverpool. He was a member of Zetland Lodge #9, A.F. & A.M. Liverpool and a former member of Port Mouton United Church where he served as a trustee and steward.

Surviving are his wife of 62 years June (Connolly); his daughter Colleen (Timothy) Roy, of Port Mouton; his granddaughters Bridget (Mike) MacLeod of Hunt’s Point and Erin (James) Conrad of Port Mouton. His  great-grandchildren Jacob and Ryan Conrad and Meghan, Connor and Garret MacLeod.  His stepsister Phyllis Whynot of Andover, Me and his aunt Marion Brown of Rothsay, NB.

He was predeceased by an infant daughter and sisters Ellen Connolly and Enid Rafuse.
Visitation will be Sunday, March 24th, 2013 from 7 until 9 p.m. and funeral service will be Monday, March 25th, 2013 at 2:00 p.m. both in Chandlers’ Funeral Chapel, Liverpool. Reverend Neil MacDonald officiating. Burial will be in Laurel Hill Cemetery, Port Mouton. Family flowers only, donations may be made to Residents Council, Queens Manor, Liverpool. Online condolences may be made to www.chandlersfuneral.com

Offer Condolence for the family of MacDonald; Sherwood Parker