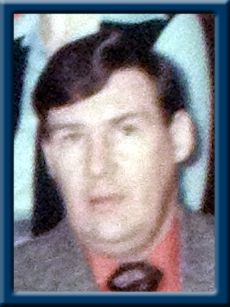 MacDONALD – Leslie Garfield, 77, of Halifax, passed away peacefully in VG Site, QEII Hospital, Halifax, on Thursday, December 14, 2017.
Born in Liverpool, he was a son of the late Leslie and Viola (Smith) MacDonald.
Garfield lived his early years in St. Catherine’s River and moved to Halifax where he began his working career with Fairbanks Morse as a clerk then he went to Atlantic Sugar and was in sales for Lowneys. He retired from his working career while he was in the Purchasing Department at the former Victoria General Hospital. Garfield enjoyed playing music, reading car books and magazines and was a proud member of the Clan Donald.
Garfield is survived by his sister Pearle (Harold) Leslie of Port Mouton; his brother Phillip (Barbara) of Port Joli. His niece Heather (Wayne) Wolfe, nephews Tracy (Michelle) MacDonald, Todd (Tanya) Leslie, Adam Leslie, Great nieces Grace MacDonald, Lauren, Addison, and Bree Leslie, Great nephews, Eric MacDonald, Travis (Kayleigh) Wolfe and Kevin (Kaitlin) Wolfe. Great great nieces Serenity Wolfe and Summer Wolfe. His step son Jason and his step daughter Melanie, whom Garfield loved as his own. Jason willingly became Garfield’s caregiver during his illness and helped him during his many daily struggles.
Besides his parents, Garfield was predeceased by his wife, the love of his life, Norma (Croft) MacDonald.
Visitation will be Sunday, December 17, 2017 from 7 until 9 p.m. in Chandlers’ Funeral Home, Liverpool. Funeral service will be held Monday, December 18, 2017 at 2:00 p.m. in Chandlers’ Funeral Chapel, Liverpool. Reverend Cherry Workman officiating. Burial will be in Trinity Anglican Cemetery, Liverpool. No flowers by request, donations may be made to a charity of your choice. Online condolences may be made to www.chandlersfuneral.com

Offer Condolence for the family of MacDonald; Leslie Garfield