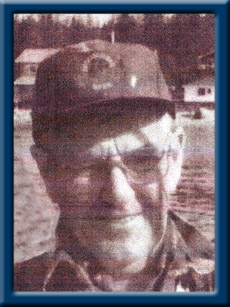 It is with great sadness that we announce the passing of Glenn MacAdams, 90, formerly of Hunts Point, Queens County, N.S., in Queens General Hospital, Liverpool on February 3, 2020.
Born on October 6, 1929 in West Middle Sable, Glenn was a fisherman and lived his many years in Port L’hebert and Hunts Point, before his last couple of years in Queens Manor, Liverpool.
Glenn will be sadly missed by his stepson Linwood (Barbara) Wolfe of Wasaga Beach, ON. and grandchildren Richard (Mary), Karen and great-grandchildren Tiffany, Evan, Grace and Hannah.
Glenn was predeceased by his wife Evelyn (Leslie) (Wolfe) and brother Chester.
Cremation has taken place under the directions of Chandlers’ Funeral Home, Liverpool.
An Eastern Star Service, Masonic Service and Memorial Service will be held Thursday, September 16th, 2021 at 2:00 p.m. in Wesley United Church, Hunts Point. In lieu of flowers, donations may made to the Alzheimer Society or the Oceanside Cemetery, Hunts Point.
Online condolences may be made to www.chandlersfuneral.com.
The family would like to thank the staff of Queens Manor for their love and care.

Offer Condolence for the family of MacAdams; E. Glenn