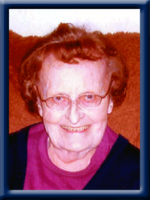 Born in Port Mouton, she was a daughter of the late William and Inez “Pearl” (Maxwell) Fisher.

She was predeceased by her husband Earl “Raymond”, her granddaughter Kelly Lynn Whynot, half sister Vivian May, brothers Kenneth and Billy and half brothers Ronald Smith, Laurie Smith and Bruce Smith.

Visitation will be Sunday, November 2, 2014 from 7 until 9 p.m. and funeral service will be Monday, November 3, 2014 at 11:00 a.m. both in Chandlers’ Funeral Chapel, Liverpool. Lay Minister Peter Anthony officiating. Burial will be in Seaside Cemetery, Brooklyn. Family flowers only, donations may be made to the Liverpool Fire Fighters Association, Pilgrim United Church, Brooklyn or to any charity. Online condolences may be made to www.chandlersfuneral.com

Offer Condolence for the family of Lyle; Barbara Elizabeth