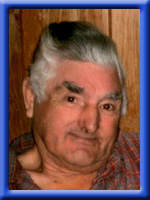 Born in Burgeo, Newfoundland, he was a son of the late Thomas and Ida Lushman.

Tom worked as a fisherman for a time and a deckhand aboard the oil tanker “Seaconch”. He was a driver for the former Astoria Beverages.

He is survived by his wife Linda (Whynot); Son Colin (Janine) of Dayspring and grandchildren Stephanie, Kaitlynn and Nathan of Bridgewater. Sisters: Marion, Ann, Shirley, Marie, Daisy and Linda and brothers Wes and Brad, all of Newfoundland.

He was predeceased by brothers Albert and Frederick and sisters Mamie and Sussana.

Cremation has taken place under the direction of Chandlers’ Funeral Home, Liverpool, where funeral service will be held Friday, September 3rd, 2010 at 11:00 a.m. Chaplain Donald Lawton officiating. No flowers by request. Donations may be made to any charity. Online condolences may be made to www.chandlersfuneral.com

Offer Condolence for the family of Lushman; Thomas William “Tom”