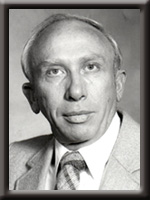 LUNDRIGAN  – Jordan Fenwick, 72, of Mersey Point, Queens County, passed away in the Queens General Hospital, Liverpool on Saturday, September 25th, 2010 with his family by his side.

Born in Liverpool, he was the last surviving son of the late Michael and Violet (Boyd) Lundrigan.

Jordan worked for Bowater Mersey Paper Company, Brooklyn until his retirement in 1996. His passion for walking the beaches and shoreline of his community was known by many. Quiet times were spent reading at home. “Jordie” loved life and was known for his swimming and dancing which he shared with others. He also enjoyed a good game of cards with friends and family.

He will be dearly missed by daughters, Vikki (David) of Dartmouth and Tricia (Neil) of San Francisco; granddaughters Rachelle and  Jessica; sisters Gail (Frank) Jack of Liverpool, Christina Reynolds and Ruth Snow of Dartmouth, many nieces and nephews, with thanks to Coralee (Rob) and Jewel (Dave) who were devoted to his care.

Cremation has taken place under the direction of Chandler’s Funeral Home, Liverpool. A celebration of Jordan’s  life will be held Friday, October the 1st, 2010 at 2pm  from Trinity Anglican Church, Liverpool with interment to follow at Trinity  Anglican Cemetery. Reverend Donald Lawton officiating. Family flowers only. Memorial donations to the Canadian Cancer Society or the Canadian Diabetes Association. Online condolences may be made to www.chandlersfuneral.com.

Offer Condolence for the family of Lundrigan; Jordan Fenwick