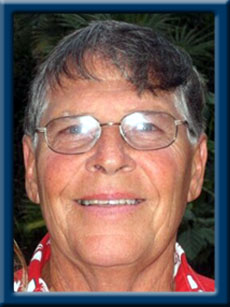 LUCIER – Douglas Harvey, 82, of Liverpool, Nova Scotia, passed away peacefully at Queens Manor with his wife Linda by his side on Friday, December 21, 2018.
Born in Big Point, Ontario, he was the son of the late Valerie (St. Pierre) and Edas Lucier. He was raised in Stoney Point, Ontario.
Doug joined the Royal Canadian Navy and first arrived in Liverpool while his ship was in refit. He met and eventually married Linda. They were loving partners for 60 years. Doug owned and operated many businesses in Liverpool with Linda. Over the years Doug often volunteered at local community events and was quick to help anyone in need. Doug loved playing sports, including bowling, golfing and curling. After retirement he spent many winters in Florida and Spain, with the second love of his life, the sun. Doug was always trying to make people laugh and had many sayings which his children, grandchildren and friends continue to use today.
Doug is survived by his loving wife Linda (Mansfield), daughter Nicole of Liverpool; son René (Krista) of Bedford and his grandchildren Niam Lucier; Georgia Lucier; and Quinn Lucier. His sisters June (William) Bell of Haines City, Florida; and Diane Bechard of Haines City, Florida. He was a loving husband, father, grandfather, and friend to everyone.
Cremation has taken place under the direction of Chandlers’ Funeral Home, Liverpool. There will be no service at this time as requested. Online condolences may be made to www.chandlersfuneral.com.
A special thank you to the staff at Queens Manor for their loving care and support during his time there. Also, the family would like to extend their sincerest gratitude towards the many volunteer entertainers that performed over the years at Queens Manor. Your efforts truly enriched his life.
Donations may be made to Queens Manor or a donation of your time to comfort a resident senior in your local care home.
And Doug would say, “Night, night, termite.”

Offer Condolence for the family of Lucier; Douglas Harvey