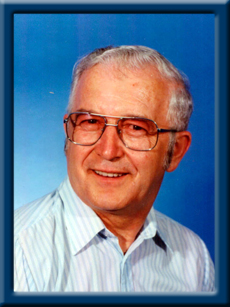 LOWE – Richard E., 77, of Milton, Queens County, passed away peacefully in Queens General Hospital, Liverpool, on December 19, 2020 with his wife and daughter at his side.
Born in Liverpool, Richard was a son of the late Ronald and Florence (Oickle) Lowe.
In his younger years, Richard enjoyed riding his motorcycle and, later in life, driving his four wheeler. He loved anything that involved the woods such as fishing, hunting and trapping as well as picking blueberries so he would have fresh berries for his cereal.. Richard also enjoyed playing darts at the legion, playing crib, solitaire on the computer, and watching hockey, baseball and wrestling. Richard thought the world of his children and grandchildren and he will be sadly missed but lovingly remembered by his family.
Richard is survived by his wife of 59 years, Carol (Hubley); his children Kevin and Donna, both of Milton; His grandchildren Morgan Rhyno of Halifax; Brittany Rhyno (Jeremy Whynot) of Timberlea; Colin Lowe (Kimberley Risser) of Liverpool and Tyson Lowe of Milton. Great grandchildren Payton and Paige Risser. Sister in Law Gwen Lowe and Brothers in law Jerome Hubley and Michael Cushing. Several nieces and nephews.
Besides his parents, Richard was predeceased by his sister Geraldine Cushing and brothers Floyd and Lloyd and son in law Bobby Rhyno who was more like a son of his own.
Cremation has taken place under the direction of Chandlers’ Funeral Home Liverpool, NS. At Richard’s request, there will be no funeral service. No flowers, donations may be made to the Milton Baptist church. Online condolences may be made to www.chandlersfuneral.com

Offer Condolence for the family of Lowe – Richard Edward