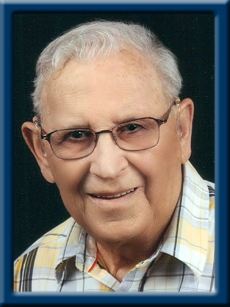 LOWE – Lloyd Kent, 77, of Liverpool, passed away peacefully in Queens General Hospital on Sunday, April 28, 2019.
Born in Liverpool, Lloyd was a son of the late Ronald and Florence (Oickle) Lowe.
Lloyd was a papermaker for the former Bowater Mersey Paper Company Limited for 25 years. He was an avid dart player and was a member of the local dart league. He also enjoyed playing card games such as poker and was an avid crib player having won 1st place in the Nova Scotia Championship and 2nd place in the Canadian Championship. Lloyd enjoyed hunting and fishing especially moose hunting with his son Jeffrey and nephew Glen and his friends as well as 4 wheeler runs. He was a life time member of Mersey Branch # 38, Royal Canadian Legion Liverpool as well as a member of the Seniors Club.
Lloyd is survived by his wife of 52 years, Madelyn “Gwen” (McCallum); his daughter Laura of Liverpool, his son Darren (Karen) of Kingston, ON, his grandchildren Sydnee and Taylor of Fredericton and Chelsea Saulnier (Beauregard Prok) of Sambro. His brother Richard (Carol) of Milton.
Lloyd was predeceased by his son Jeffrey, his granddaughter Desiree, his sister Geraldine Cushing and his brother Floyd.
Cremation has taken place under the direction of Chandlers’ Funeral Home, Liverpool. A celebration of Lloyd’s life will be held Thursday evening (May 2, 2019) from 7 until 9 p.m. with prayers at 8:00 p.m. all in Chandlers’ Funeral Home, Liverpool. No flowers by request. Donations may be made to Mersey Branch #38, Royal Canadian Legion, Liverpool. Online condolences may be made to www.chandlersfuneral.com

Offer Condolence for the family of Lowe; Lloyd Kent