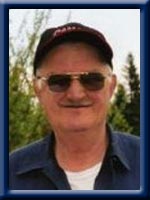 Born in East Berlin, he was a son of the late Henry and Alice (Whynot) Lohnes.

Lambert worked in the fishing industry all his life. He enjoyed playing the lottery especially scratch tickets and crossword. He was proud of his grandchildren and enjoyed being with his family.

He was predeceased by his daughter Joan Selig, sister Lalia Conrad and brother Freeman.

Cremation has taken place under the direction of Chandlers’ Funeral Home, Liverpool. A graveside memorial service will be held Tuesday, November 17th, 2009 at 11:00 a.m. in Holy Redeemer Anglican Cemetery, Port Medway. Reverend Judy Cross officiating. No flowers by request. Donations may be made to Victorian Order of Nurses; Queens County Branch or to the family through Chandlers’ Funeral Home. Online condolences may be made to www.chandlersfuneral.com.

Offer Condolence for the family of Lohnes, Lambert Maxwell