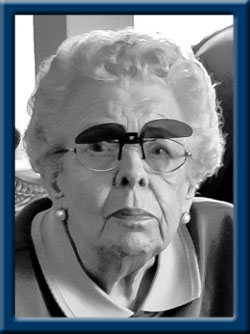 LOHNES (Clarkin) – Elizabeth Ruth, “Betty”, 85, of Liverpool, NS, passed away March 25, 2016 at Queens Manor, Liverpool.
Born in Liverpool, she was a daughter of the late Harry and Ruth (Cleveland) Hollands.
Betty worked at the former Stedman’s Store and the Dominion Store in Liverpool and was a personal care worker at Queens General Hospital and Queens Manor. She was a member of the Mersey Branch #38, Royal Canadian Legion Ladies Auxiliary, Liverpool Lions Club and a life member of the Nova Scotia Association of Health Auxiliaries. She volunteered her time selling tickets for the Hospital Hustle and working in the gift shop at Queens General Hospital.
Betty is survived by her daughter Jo-Ann (Rick) Baker of Port Medway, sister Shirley Kempton, Ryan’s Hall, Bridgewater, daughter in law Yvonne Clarkin of Brooklyn, granddaughters Maria (Rodney) Winchester of Brooklyn, Julie (Kevin) Brady of Milton, Kelly Baker of Fredericton, NB, great grandson Jacob Jesso and great granddaughter Brooklyn Brady.
She was predeceased by her first husband Joseph Clarkin, her second husband Eugene Lohnes and her son Paul Clarkin.
Cremation has taken place under the direction of Chandlers’ Funeral Home, Liverpool. There will be no funeral service by request. A family graveside service will beheld at a later date. In lieu of flowers, donations may be made to Queens General Hospital Ladies Auxiliary or Queens Manor, Liverpool. Online condolences may be made to www.chandlersfuneral.com. The family would like to sincerely thank the staff of Queens Manor for the kindness and compassion shown Betty while she was a resident there.

Offer Condolence for the family of Lohnes; Elizabeth Ruth “Betty”