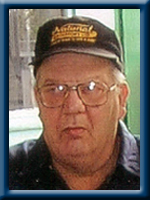 LLEWELLYN – Clarence Edward, 72, of Liverpool, passed away peacefully on Saturday, February 28, 2015 in Queens General Hospital, Liverpool.
Born March 20, 1942 in Bridgewater, he was a son of the late Leroy and Jennie (McCarthy) Llewellyn.
Clarence worked in the fishing industry for many years. He enjoyed playing cards especially cribbage and doing crossword puzzles and word search puzzles. He showed the greatest appreciation for any little thing done for him.
He is survived by his sisters Yvonne McLaughlin of Nanaimo, BC, Barbara Blair of Waterville, brothers Les (Gail) of Cambridge, Donald (Becky) of Kentville, James of Aylesford as well as numerous nieces, nephews, aunts, uncles and cousins and his special friend Ethel (Leo) Wells of Bridgewater.
He was predeceased by sisters Helen and Audrey, brothers Lawrence, Douglas, David and brother-in-law Edward McLaughlin.
Visitation will be held Tuesday, March 3, 2015 from 7 until 9 p.m. and funeral service will be Wednesday, March 4, 2015 at 11:00 a.m. both in Chandlers’ Funeral Chapel, Liverpool. Reverend Judy Cross officiating. Burial will be at a later date following cremation. Family flowers only, donations may be made to IWK – Grace Hospital, Heart and Stroke Foundation of Nova Scotia or to any charity. Online condolences may be made to www.chandlersfuneral.com

Offer Condolence for the family of Llewellyn; Clarence Edward