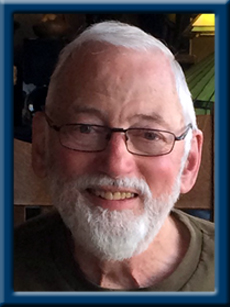 LIOT – Henry Gordon, passed away peacefully on October 16, 2020, supported by his family and friends.
Henry age 73, was born in Montreal, Que., a son of the late Gordon Gordon Douglas Victor Liot and the late Joan Lesley (Purser) Liot.
He graduated from McGill University in 1969 with a degree of Bachelor of Metallurgical Engineering and for the first few years of his career he worked in Sudbury, Ont., in the nickel extraction industry. He then joined a company based in Port Hope and Cobourg, Ont., that manufactured nuclear fuel and reactor components for the CANDU reactors. He progressed from project Engineer to becoming Director of Quality Assurance for the company. Henry also volunteered to serve with the Canadian Standards Association on three committees writing standards for the nuclear industry. He was a member for many years of the Nuclear Strategy Steering Committee, a member of a technical committee for boilers and pressure vessels, and was the Chair of a technical subcommittee on nuclear materials. He also served with ASTM on their technical committee for Reactive and Refractory metals.
In 1975, Henry met Chris Gary Greatrex, who became his friend, partner, soul-mate, and loving spouse for the next 45 years. They lived just outside of Grafton, Ont., and enjoyed their home, gardens, and the close friendships they made there for the next 36 years. Henry had many hobbies, but two that he pursued with the most passion were the restoration of antique cars and vintage gas engines, and his lifelong interest in family history and genealogy.
In 2014, Henry and Chris moved to their present home in Western Head, just outside of Liverpool, to pursue their dream of living by the sea. They both immersed themselves in volunteering for various community organizations and quickly met wonderful friends, which, over the years, expanded considerably.
Henry is survived by his spouse, Chris Greatrex; his brother, Douglas John Liot (and Wife Emily); his older nephew, Alexander Gordon Liot (and wife Emily) and their sons Spencer and Simon Henry; and by his younger nephew, Christopher Clement Liot (and wife Margaret) and their daughter Maria.
Besides his parents, Henry was predeceased by his infant niece, Monica Frances Joan Liot. Cremation has taken place under the direction of Chandlers’ Funeral Home, Liverpool, NS. At Henry’s request, there will be a private celebration of life at a later date. Donations to Canadian Cancer Society would be greatly appreciated. Online condolences may be made to www.chandlersfuneral.com

Offer Condolence for the family of Liot; Henry Gordon