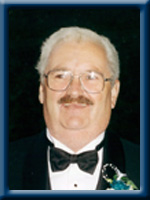 LILLY, F. Clarence “Butch” – It is with great sadness that the family of  Clarence “Butch” Lilly,  69, of  Liverpool, Queens County announces his sudden passing on Saturday,  February 12th, 2011 in  South Shore Regional  Hospital,  Bridgewater with his family and friends by his side.

Born in  Halifax, he was the son of the late Andrew and Emily (Skinner) Lilly.

Butch was a member of the Liverpool  Firefighters Association and President of the Honorary Firefighters Club.. He was a Level 2 Instructor for the Nova Scotia Firefighters School specializing in Auto Extrication teaching throughout the province.  He was a founding member of the Queens County Ground Search and Rescue and also EMO coordinator for Queens County. He was involved with Coastal Queens Craft Association. He worked for Steel and Engine Products Ltd. as a sales agent for many years until his retirement. During his retirement, he enjoyed making wooden toys and attending many craft shows.  Butch was nominated and awarded Volunteer of the Year for Queens County. “Puppa” took great pride in watching his grandsons Andrew and Thomas play all their sports and was proud of all their accomplishments. He was a loving husband, dad, “Puppa”, brother, uncle and a great friend and will be sadly missed by all who knew him.

He was predeceased by brother Walt Skinner.

Visitation will be held Friday, February 18th, 2011 from 7 until 9 pm in Chandlers’ Funeral Chapel, Liverpool. Funeral Service will be held Saturday, February 19th, 2011 at 1:00 pm in the Liverpool Fire Hall.  Reverend Jennifer Garbin officiating. Reception will follow. Family flowers only, donations may be made to the Liverpool Honorary Firefighters Club or the Migraine Association of Nova Scotia. Online condolences may be made to www.chandlersfuneral.com. The family would like to extend thanks to all who participated in lending us a helping hand in our time of need and for your prayers and support.

Offer Condolence for the family of Lilly; Clarence “Butch”