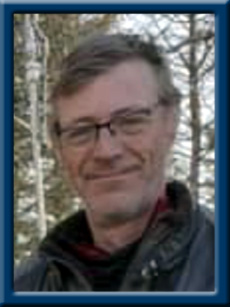 With heavy hearts we the family are announcing the death of our beloved father, grandfather, son, brother, and friend Danny Blaine Lewis who passed away at the age of 52 on July 15 2022. in a motorcycle accident.
Born in Halifax, Danny was a son of Lorraine “Luke” (Sharon) Lewis and and the late Cora Belle (Frail) Lewis.
Danny grew up in Caledonia, Queens County and later started his own family there alongside the friends he grew up with. He later moved to Liverpool and then to Fall River making memories and life long connections wherever he went. Danny had an incredible hard working ethic and loving personality. He loved motorsports and vehicles and passed that love down to his children and grandchildren. He had a lasting impression on anyone who met him and it can easily be said Danny lived his life to the fullest and feared nothing. The light of his life was his children and grandchildren. Danny was an old soul who may now rest beside his mother as his legacy carries on through his family.
Danny leaves behind his daughters Holly Lewis, Shelby (Lewis) Stewart , Allison Lewis, Jessica Lewis, his son Wade Lewis, his grandson Ashton and his granddaughters Aleah, Arizona. Danny was also so very excited for the arrival of a new granddaughter. He was the youngest sibling and leaves behind his sisters Angela Smith, Lynn Murray and his brother Grant.
Cremation has taken place under the direction of Chandlers’ Funeral Home, Liverpool, NS. A graveside memorial service for Danny will be held Friday, July 22, 2022 at 11:00 a.m. in Hillcrest Cemetery, Westfield. Reception to follow in the Westfield Community Hall. Online condolences may be made to www.chandlersfuneral.com

Offer Condolence for the family of Lewis; Danny Blaine