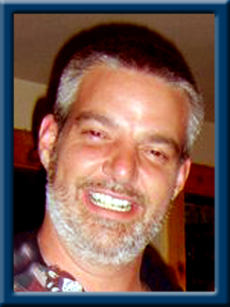 LEVY – Scott D., 46, of Liverpool, passed away peacefully in Queens General Hospital on Thursday, July 5, 2018.
Born in Liverpool, he was son of Janet (Wamback) (Levy) Mattatall of Jordan Falls and the late Capt. Robert Levy.
Scott worked in the hospitality profession all his life and was the first certified TIANS bartender in Nova Scotia. He worked for many establishments throughout his career such as White Point Beach Resort and the Irish House in Lindsay, ON to name a few. His interests were music and sports, but his passion was keyboard and golf. He was an entertainer at heart lighting up any room he entered. Scott was a ferocious fighter of cancer. He never “showed fear or shed a tear”. His quote “Don’t worry, I GOT THIS!”
Surviving besides his mother Janet is “the wife” (nurse sexy) Yvonne (Feltham), his son Andrew, his brother Robert (Margo), his niece Hailey, nephews Joshua and Zackary, his great nephew Aidan and numerous aunts, uncles and cousins.
Cremation has taken place under the direction of Chandlers’ Funeral Home, Liverpool where visitation will be held Thursday, July 12, 2018 from 7 until 9 p.m. and prayers will be said at 8:00 p.m. Last call will be held in Scott’s memory on Friday, July 13, 2018 beginning at 12:30 p.m. at Liverpool Golf and Country Club, White Point. No flowers by request, donations to the Liverpool Regional High School Scholarship Fund in memory of Scott Levy. Online condolences may be made to www.chandlersfuneral.com. A big thank you to the doctors and nurses at Queens General Hospital for their tremendous compassionate care of Scott.

Offer Condolence for the family of Levy; Scott Douglas