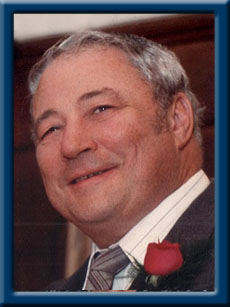 LEVY – Ronald Vernon, 84, of Liverpool, Queens County, passed away peacefully in South Shore Regional Hospital, Bridgewater, on Sunday, November 26, 2017.
Born in Lunenburg, he was a son of the late Vernon and Beatrice (Hall) Levy.
Ron was a property assessor for 25 years working throughout Queens and Shelburne counties. He was an avid bridge player and was a grand life master as well as president of the local Duplicate Bridge Club. He was lovingly known by his family as the “best cheater at crazy eights”. He will be sadly missed by his family and friends especially his furry companions Daisy and Rosie.
He is survived by his daughter Katie of Tatamagouche, his son Chris (Nancy) of Lake George, 3 grandchildren and 5 great grandchildren, his sister Marion (Grant) MacLean of Hammonds Plains.
He was predeceased by his wife Ruth (Acker)(Sapp) Levy and his daughter Leslie.
Cremation has taken place under the direction of Chandlers’ Funeral Home, Liverpool Online condolences may be made to www.chandlerfuneral.com.

Offer Condolence for the family of Levy; Ronald Vernon