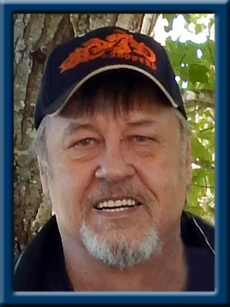 LEVY – Ricky L. 59, of Brooklyn, Queens County, passed away in Yarmouth Regional Hospital on Saturday, July 27, 2019 surrounded by his family.
Born in Liverpool, Ricky was a son of Shirley (Whynot) Levy of Mersey Point and the late Ralph Levy.
Ricky worked for the former Bowater Mersey Paper company in the woodroom until 1998. He enjoyed driving his car and his motorcycle, travelling and spending time with family and friends especially his daughter Nicole. Ricky loved to work on his car alongside his son in law Tim Wentzell and spent many hours on the phone with his mother, Shirley.
He is survived by the two loves of his life; his wife of 25 years Wanda (Vienneau) and his daughter Nicole (Tim). Also his sister Heather (Butch) Hurshman of Brooklyn and his brother Barry (Sharon) of Mersey Point as well as several nieces and nephews.
Besides his father, Ricky was predeceased by an infant brother Bryan.
Cremation has taken place under the direction of Chandlers’ Funeral Home, Liverpool. A celebration of Ricky’s life was held Thursday, August 1, 2019 from 7 until 9 p.m. in Chandlers’ Funeral Chapel, Liverpool. A graveside memorial service will be held Monday, July 27, 2020 at 2:00 p.m. in Trinity Anglican Cemetery, Bog Road, Liverpool. Reverend Judy Cross officiating. No flowers by request. Donations may be made to the Kidney Foundation. Online condolences may be made to www.chandlersfuneral.com
“ Loved to drive fast and party hard”

Offer Condolence for the family of Levy; Ricky Lee